KOW Abbey of Park - The Kingdom

A fox ventures into the shallow water with its curious snout, while a king frog sails across the pond towards the abbey, a hare flies along on the neck of the black swan, hedgehogs go out to have a picnic... These imaginative sculptures can now be admired in the bicycle tunnel between the Hoegaardsestraat and the Norbertijnenweg. More than 100 local residents worked together with the artists' collective Treepack on this participatory street art project.

At the request of local residents, the entrance gate from the Spaanse Kroon to the Park Abbey was brightened up with a layer of art. Thanks to Kom op voor je wijk, a platform for citizen participation of the city of Leuven, the neighbourhood committee of de Spaanse Kroon received the means to brighten up their neighbourhood. In short, a mural for and by the local residents.

Participation from A to Z

The artwork 'Kingdom' is about a fictional world where animals live a carefree life. The entire mural depicts, as it were, an average day in the imaginative life of the local fauna and flora from the abbey site. This immersion in the daily life of the abbey's residents came about after several creative brainstorming sessions with committed local residents. No fewer than 60 people came up with concepts and drawings that became the impetus for the final work of art.

The artists of Treepack, in turn, created two designs with the input of the local residents. Then as many as 225 neighbours made their voices heard and the artwork 'Kingdom' was chosen.

But it did not stop there. Since this project was part of Kom op je wijk,even more residents were actively involved in placing the works of art. After a graffiti workshop, they were able to work on the inner walls of the tunnels themselves in order to give shape to the artwork. Finally, the tunnel was cleaned and painted by a group of 45 diverse neighbours under the direction of Treepack.

"A project that started with the idea of one resident and was allowed to grow into a much larger whole thanks to the neighbourhood committee. There was a lot of participation and input from both local residents and people from surrounding streets and stakeholders. It is a project that for a year provided cooperation and connection within the neighbourhood. With a beautiful result, of which we can be very proud. In this way, our neighbourhood is also 'colourfully' connected to the beautiful Park Abbey!" One of the initiators, Marc Vermeeren, told us. 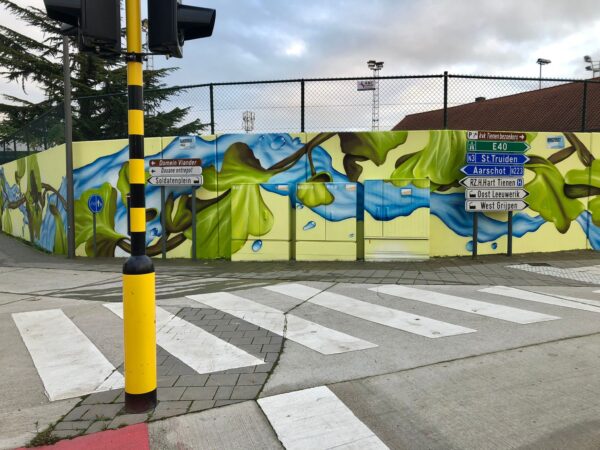 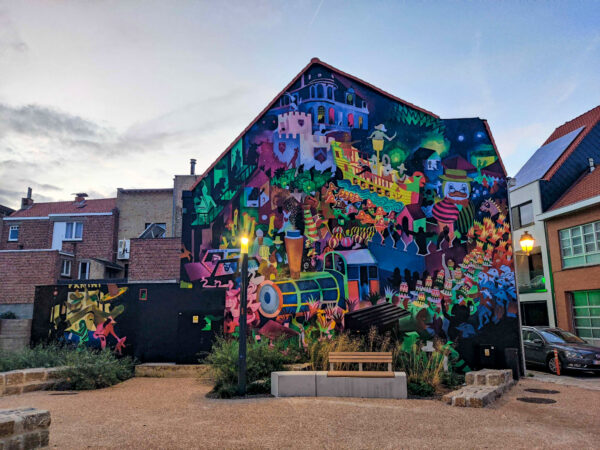 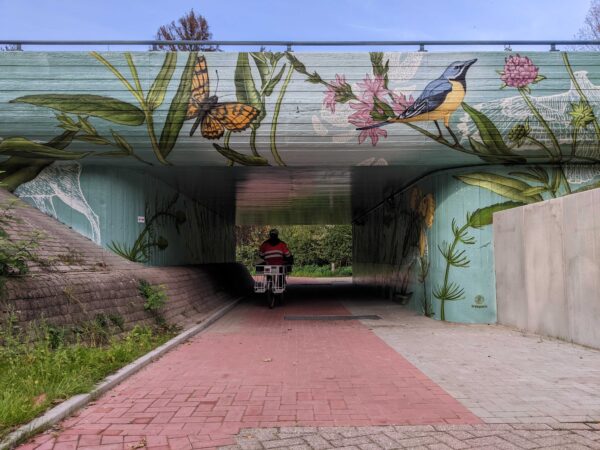